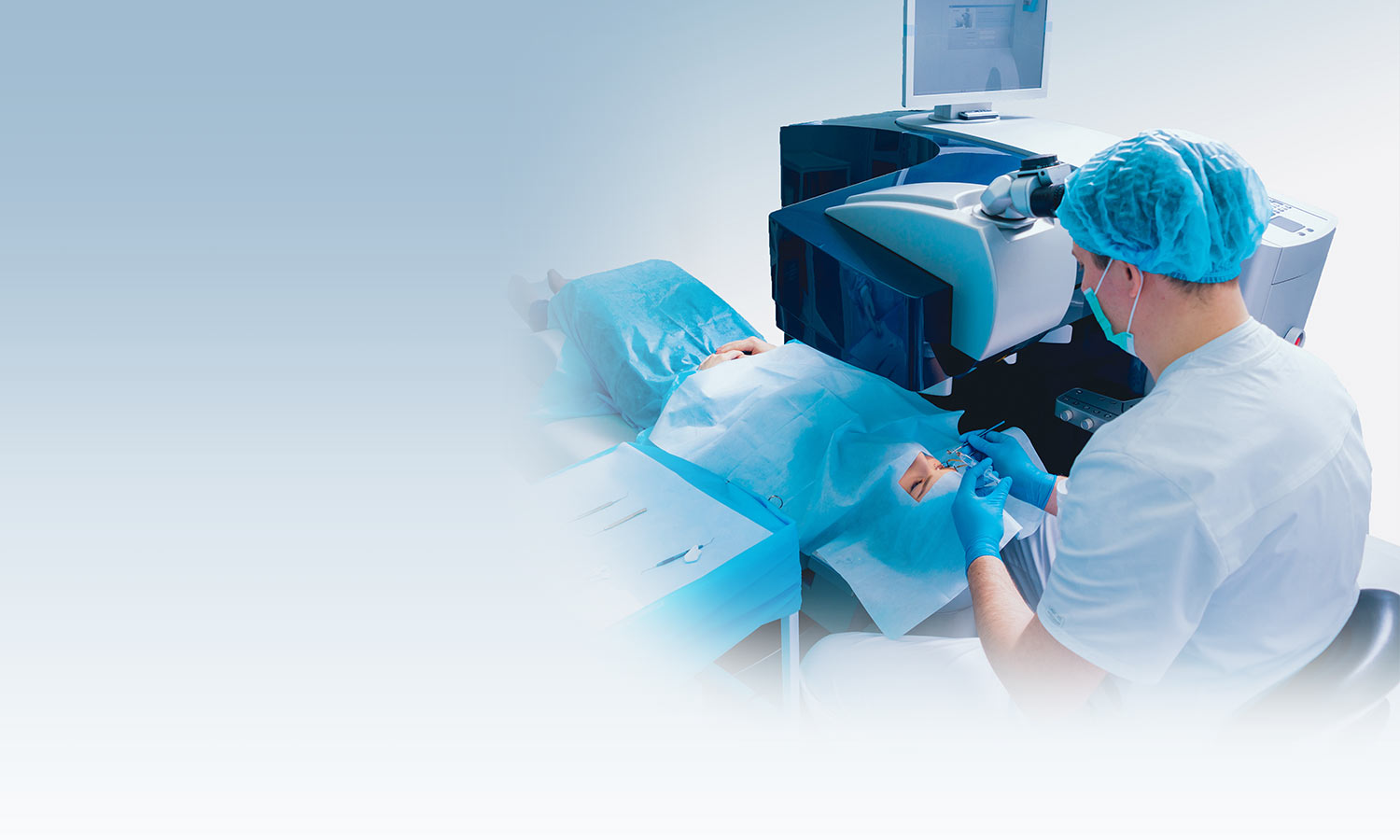 All methods of laser vision correction we use in our Centre are safe. Each method efficiently corrects vision, but some of them may not be suitable for you. Decisive factors for choosing an appropriate correction method are: the severity of vision defect, structure of the eye, thickness and shape of the cornea. On the basis of tests and measurements conducted during the preliminary qualifying examination the operating doctor individually chooses the most suitable method for each patient.

This is a more gentle variety of the LASIK method, in which a thinner flap is created. In the traditional LASIK method the flap is 130-180 µm thick (depending on the microkeratome used). In SBK LASIK the use of a special microkeratome head (firm MORIA) One Use - Plus SBK, allows to create a flap that is 90-100 µm thick. The incision is made just underneath the Bowman capsule, which enables a considerable sparing of the corneal cells and leads to benefits that have never before been possible. SBK is currently the safest and the most comfortable variety of the LASIK method. The surface of the proper substance of the cornea, also called the steep surface, is much smoother on microscopy and better preserved following SBK LASIK than following procedures using other methods. SBK LASIK is even more advantageous than the FemtoLASIK (the same name - IntraLase or iLASIK) method, where the flap is created with the use of a femtosecond laser. Only apparently incision with a laser, so without the use of a knife, seems better. Detachment of the superficial layer of the cornea from the proper substance results from an explosion of thousands of tiny gas bubbles, which is similar to the way Velcro works. Separation of individual corneal layers takes a minute when FemtoLASIK (the same name - IntraLase or iLASIK) method is used and two seconds in the case of SBK LASIK.

The most important advantages of SBK LASIK is the rapid and painless regeneration period. Most patients regain sharp vision within several hours and have no symptoms. Sensitivity to light considerably decreases and there are fewer cases of dry eye in the first period after surgery. In addition, the thin flap offers a chance of getting rid of the refractive error to patients, who cannot undergo laser vision correction due to a thin cornea, marked myopia or both.

LASEK is a method designed for treating patients with excessively thin cornea and for situations, when there are medical contraindications to an SBK LASIK procedure. LASEK involves the application of an alcohol solution, which softens and detaches the superficial layer of the corneal epithelium for the duration of laser operation. After the procedure, the epithelium is placed back in its original position and soft contact lenses are applied, which are removed by a doctor during a follow-up examination (usually 7 days after the surgery). The procedure itself is painless due to eye drop anaesthesia. Pain may appear afterwards and last up to 2-3 days. If they wish, during this time patients may take painkillers. An antibiotic and an anti-inflammatory drug in the form of eye drops are to be taken according to the doctor’s recommendations. Patients may resume their everyday activities within a week after the procedure. The doctor will provide them with an appropriate sick note for the time of absence from work. After a LASEK surgery visual acuity improves gradually with an improvement observed usually after approximately 2-4 weeks. This method is suitable for those, who practise sports or have contact jobs.

TransPRK (StreamLight™-"all-laser") is a method used, when there are medical contraindications to an SBK LASIK surgery (eg. excessively thin cornea or scars left after an eye trauma). What is characteristic for TransPRK is that the epithelium  is removed with the use of an excimer laser. This modified method has developed from the PRK method, during which the epithelium is removed mechanically. Reshaping of the cornea is conducted after the removal of the corneal epithelium with the same laser. During the whole procedure no additional instruments are used, the only exception being an eyelid speculum, which is applied beforehand. Following the laser ablation soft contact lenses are applied onto the eyes, which are removed by a doctor during a follow-up examination (usually 7 days after the procedure). The procedure itself is painless due to eye drop anaesthesia. Pain may appear a few hours afterwards and last approximately 2 days. If they wish, during this time patients may take painkillers. After a TransPRK procedure visual acuity improves gradually with an improvement observed usually after approximately 2-4 weeks. This method is suitable for those, who practise sports or have contact jobs.